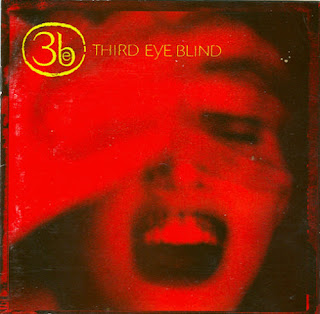 This album is an interesting one. It's definitely got its haters, but I think that mostly they're reacting to the era in which it was made, rather than the content of the album itself. If you are familiar with this album, you know that the band uses the first side to take care of the singles and then uses the second side to demonstrate what a fantastic band they are.

There's nothing wrong with the singles. They're varied, fun, and interesting and that's without any weight added to them by nostalgia. "Semi-Charmed Life" was all over the place in 97 and 98 and you can still hear it every new and then today, but that's because it's a different kind of song! Play me a song that's even remotely similar and I'll give you a dollar. And "One Week" doesn't count.

But then you get finished with the jumprope-whipping simplicity of "How's It Going to Be" and suddenly we're in uncharted territory. And it's in this territory that the band really gets to have fun. Whether it's on rockers like "London" or "Burning Man" or on slower songs like "Motorcycle Drive By" or "God of Wine", it's clear that this is a band that was going to be huge one way or another. The fact that they had some gigantic singles meant that they made it on a "General Public" level, but I like to think that this album was going to be a favorite of a lot of people even without them.

You can buy Third Eye Blind on Amazon, Amazon MP3, and iTunes
Posted by James! at 12:00 PM