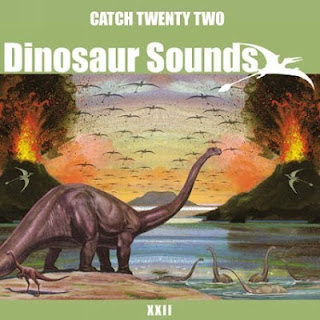 If I'm writing about Catch 22, I should be writing about Keasbey Nights. It's another one of those things where, if I had been placing bets on which album of theirs I would pick for this list, I would have lost.

The thing is, this album combines the raw "we're just a simple ska band" feel of Keasbey Nights with the "look at what great musicians/songwriters we are" feel of Alone in a Crowd and I think that's the combination that draws me into it.

This album is endlessly singalongable (...I was recently complimented on the improvement of my writing on these blog posts and THIS is what I write?) and that includes the horn and drum parts.

At times, I feel like I'm in a basement punk show ("Regression") and other times I feel like I've stumbled upon lost singles from Chess or Stax (Warning: Possible Hyperbole alert) because the songs are so classic feeling ("Good Times", "Chin Up")

But most of all, I'm sad when the album is over and I often will just hit play again and dive back into the comfort of these songs that I know so well. Actually, that's a quality shared by all of the albums on this list. They're comforting, broken-in pillows that are always their own specific kind of comforting. But that's WAY too long a title for the list.

There aren't any music videos for songs from this album, that I could find. If you can find one that's good quality, let me know and I'll amend the post!

You can buy Dinosaur Sounds at Amazon, Amazon MP3, and iTunes
Posted by James! at 12:00 PM