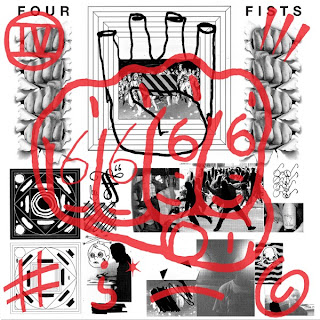 So, with Doomtree Records, there are several projects that are legendarily always being worked on. One of them is Cecil Otter's sophomore album Porcelain Revolver. And another is the collaboration between P.O.S and Astronautalis, (who isn't technically a part of Doomtree, but is a very close associate) Four Fists.

Well, after a bunch of social media hints yesterday, there was an official announcement via the mailing list and on the Doomtree website about the release, on October 8, of the first two songs from this project. It'll be a 7" with the song "MMMMMHMMMMM" on the A-side and an as yet unnamed B-side.

If you don't want to click on either of those links before you hear exactly what the song sounds like, well, here you go. I think you'll be very convinced:


And since I know you loved that as much as I did, here's the link to the pre-order.

You can do the standard pre-order, which gets you the above song upon ordering, a 7" in red, blue, white, or clear (I got clear), and download codes for both songs and their instrumental versions included with the 7".

OR You can get the deluxe pre-order which comes with the above plus a t-shirt and a Four Fists pin. Pretty cool stuff.
Posted by James! at 11:16 AM