Hi. So I missed last week's Top Ten Tuesday. It was one of those things where I remembered it and then forgot again and over and over until it was Wednesday morning.

So what we're gonna do is a double feature. But that's not enough to make up for the transgression for missing a week of this feature. So we're going to double up on the double feature. You see, both songs featured on this week's TTT sample songs from the 90's. So here's 4 freakin videos!


This one is a less obvious sample, but I think I like it even more. "Rhythm is a Dancer" is one of the songs I think about when I imagine clubs in the early 90's. I like the Jeremih song, too.

New Countdown: I Wonder When THIS Became the Template For Podcast Post Titles


This one went so well this week. I'm not feeling totally sick anymore, so I'd imagine that helped. Sometimes it just goes easy. I bet Casey would have agreed with me. God, wouldn't it be awesome to do this kind of things as a JOB? It baffles the mind, I tell you. 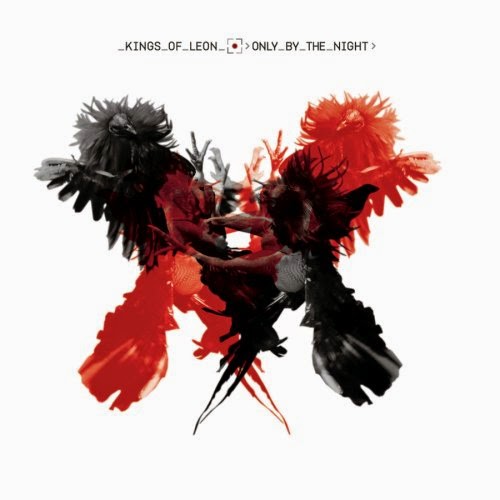 
I made a semi-promise to myself not to post about an album for a year that I featured as a song the last time around. And I definitely did Taylor Swift last time we were in 2009. And I DEFINITELY wanted to feature her album again. And then I thought about doing one of the songs from the Black Keys album, but I figured I'd showcase an album that never really personally grabbed me on the whole but had some fantastic singles. "Use Somebody" is the cream of the crop.

Lorde has revealed the first song from the Mockingjay, Part 1 Soundtrack she's curating 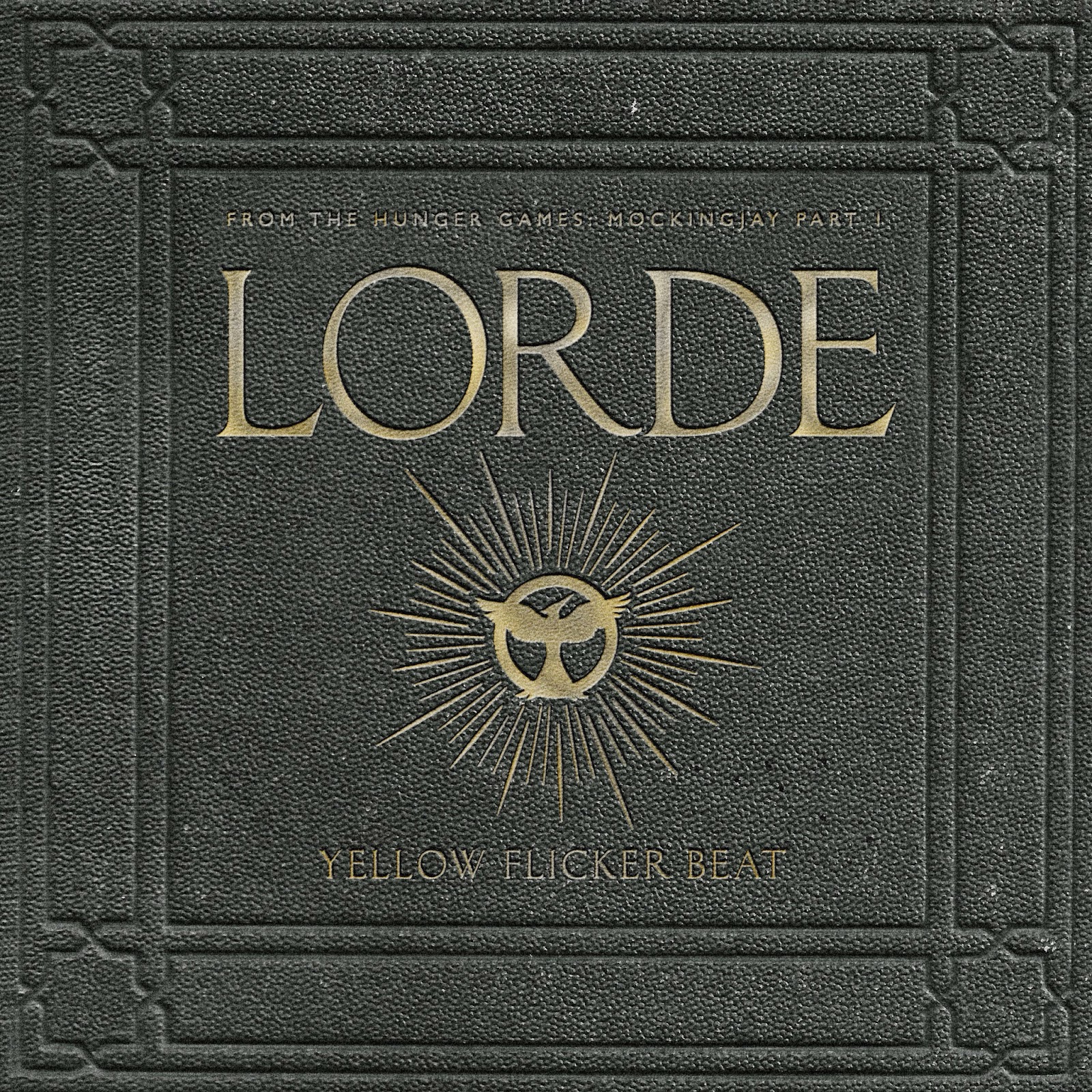 So Lorde is curating the soundtrack for the next installment of the Hunger Games series: Mockingjay, Part 1. So I guess that means she's picking artists she likes and asking them to record songs for the album. It should be very interesting to see what she comes up with.

So folks are going to be stoked about any new Lorde track I'd imagine, and I'd bet that they'll gobble this one up when it becomes available on iTunes and other digital retailers on September 30th. And it'll probably be fantastic.

Hopefully it'll get a bunch of airplay and we'll see it on the podcast soon!


This one's going up a little late. We've had quite the Sunday morning, so I didn't really have time to post it this morning and I didn't have the energy to post it last night. I think I mention it in one of the intros that I was SUPER tired this week. I'm really hoping it didn't translate to the intros. The music is really good regardless and I think the episodes might be redeemed by that fact.

There's an unprecedented event this week on the chart, so you definitely want to tune in! 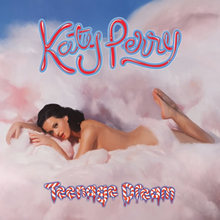 Teenage Dream achieved a multitude of records throughout its run. Perry scored five Billboard Hot 100 number one singles from Teenage Dream, making her the second artist in the chart's 53-year history to amass five number-one singles from one album over its first release after Michael Jackson achieved the feat with his 1987 album Bad. Perry is the first female in history to achieve this milestone.[105][106] The album is one of only three albums to have 8 top-three singles from one album on the Billboard Hot 100 chart (tied with Janet Jackson's Rhythm Nation 1814 and George Michael's Faith), and the only album ever to have 9 songs top the Billboard Hot Dance Club Songs chart, breaking the previous record set byBeyoncé's I Am... Sasha Fierce and Kristine W's The Power of Music, both with six songs.[107][108][109][110] Perry was able to replicate this success in the United Kingdom, breaking the UK Official Charts Company's record for the most amount of Top 10 singles from one studio album by a female solo artist.[111]

Eight songs from Teenage Dream have topped the Adult Top 40 chart and have topped Mainstream Top 40 chart, both more than any other album in each respective chart's history. Additionally, with 7 chart-toppers from "Waking Up in Vegas", Perry broke the record for the longest streak of number ones on the Mainstream Top 40 set by Lady Gaga's first six singles.[112] The singles also allowed Perry to have an unprecedented 69-week long streak in the Hot 100's top-ten, as well as a 71-week top-ten streak on the Airplay chart.[113] Perry also has the most number-one singles (four) from one album to top the Canadian Hot 100. Combined, the songs have sold a total of over 35 million copies worldwide aside from the album.[114] Also, the first five singles from the album topped the charts in the United States and attained top-ten positions in more than twenty countries. All five singles also topped the Digital and Airplay charts, making her the first artist ever to have five number-one singles in the Airplay chart.[115] Perry became the only artist to spend over 52 consecutive weeks in the top ten of the Billboard Hot 100, and later heightened this to 69 weeks, with the first five singles from album, breaking the previous record by Ace of Base of 48 weeks with three singles.[116]
On the Mainstream Top 40 the album holds the unique record in the chart's history to have four songs from the same album in the top five of "Most weekly plays"; 1. "Last Friday Night (T.G.I.F.)" (12,468), 2. "E.T." (12,361), 3. "California Gurls" (12,159), and 5. "Firework" (11,857).[117] Perry spent a total of 28 weeks atop the chart with the singles from Teenage Dream. The singles from Teenage Dream spent more weeks on the Billboard Hot 100 than singles from any other album. In total, Teenage Dream's singles spent 225 weeks consecutive on the Billboard Hot 100, breaking the previous record of Michael Jackson's Thriller singles with 130 weeks on chart.[118]

So, yeah. It was a pretty huge record. I'm thinking about picking it up, actually.

This is a really fun video with a fantastic hooky chorus. I'm not really on board with Azalea's verses, though. I don't know what it is. I guess the skill she displayed on "Fancy" isn't as evident here. Still, a very enjoyable video with several cool cameos!

I don't know what is doing it, but I am SO excited for the chillier weather this year. This morning, I let the dog out and felt a little nip in the air and was like "oh boy! maybe i can wear LONG sleeves today!!" so weird.

I touch on the impending autumn a little in the show as well as talking about all the normal stuff. Songs, artists, trends, all the usual stuff. Enjoy!! 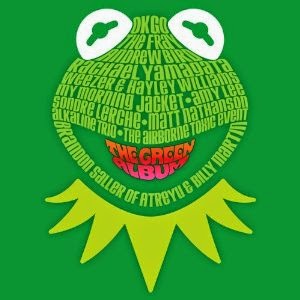 Once again, I should have done the Adele album and I nearly did. Second choice was going to be the Kanye/Jay-Z collab. But then I listened to this album again. I had sort of written it off as containing like 3 good songs, but listening to it today, I was kind of blown away. It's a very fun and well-crafted album. If I had my druthers, I'd post a video for the Alkaline Trio song (my favorite on the album from the start) but the only one that appears to be an official video is the OK Go video. But they make good videos, so you know you're in for a treat. Enjoy!

What an odd video. It's trying to be tongue-in-cheek and silly while also trying to be genuinely sexy. I think it has mixed results. The song's pretty good and the video is pretty good, as well. Just weird.

New Countdown: School's Back For Autumn


Fall is here. Ring the bell. It's so crazy that it's already September. It feels like the year is flying by, but at the same time it feels like we have a whole bunch more year left to go. One of the thing I love about the charts is not knowing what songs are going to be on it in the upcoming weeks and months. By Christmas, who knows what we'll be listening to? I find that super exciting! 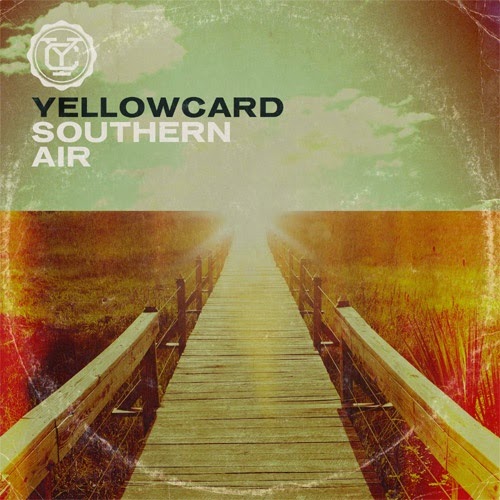 For the purposes of records for posterity, I probably should have done the Adele album or the Maroon 5 album, but I love Yellowcard and the very end of summer is the best time to listen to Yellowcard. And I hadn't heard anything from this album. And I liked the songs I heard in researching for this post. So basically everyone wins!

Here's my favorite video that I watched. I love the concept. The girl is the singer from the band We Are The In Crowd

Labels: Throwback Thursday, We Are the In Crowd, Yellowcard


So the new Taylor Swift was released last week and debuted at #1. It is the 22nd song to EVER do this. It's a catchy song and I feel like her vocals sound like Hayley Williams's (the singer from Paramore) which is a very good thing. There was some controversy about this song being disrespectful to black people or something, but it was based on the person not having watched the video. Clearly this video is all in good fun. Enjoy!


Here are the other songs to debut at #1 throughout the ages. A lot of great songs. Also a run of American Idol winners. And you see Baauer is the most recent one on there from last year when they added YouTube plays to the calculation of the Hot 100.