This is one of those countdowns that was recorded all around the globe......or in two places in the same state....but it's pretty close, right?

Hopefully this week, I can record the next normal episode and the two pre-records that I want to do before my kid is born in the middle of the month.....Wish me luck!

Well, here I am! Haha. Yeah, the time got the best of me this week, but, when you think about it, being a couple of hours late is nothing when you think about the perpetuity of the life of the podcast after it's published. I listen to a podcast where the host has kind of a running gag where he tries to keep the content timeless, so he'll say stuff like "back in early 2013" for stuff that happened a couple of months ago.

Anyways. It's kind of a short episode, also due to the fact that I picked the worst times to record, BUT it also contains what may be the most adorable intro ever. So you may want to give it a chance :) 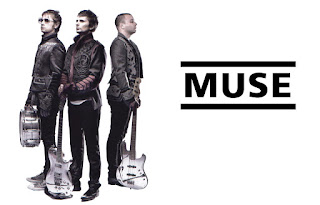 It's the longest episode in 3 months. It has 5 bonus songs. And I loved every minute of it. I feel like we're in the midst of hearing "the sound of 2013 in alternative music," but it won't become evident what exactly that sound consists of for a while yet. I'm happy to just sit back and enjoy the tunes.

I hope you'll join me.

On a related note, 1/5 of the podcast is dedicated to Father's Day, so I just wanted to wish all the Dads out there a happy one and I hope you celebrate it in a way that makes you happy and that you know how valuable a good Dad is in a kid's life.


Back home from Ohio. I started to record this one so early and I'm a little confused about how it's already 2 am on Sunday morning and I'm still just getting this done. 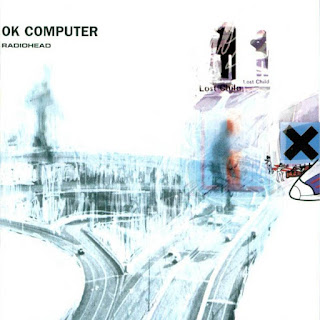 So I want to focus a little more on these Alternative Album Grammy Winners that I'm playing for bonus songs on the Countdown. So I think, on the first Monday of every month, I'm going to do a little retrospective poll related to the album from the proceeding month.

Please answer the following questions in the comments section. (If you don't have an answer, feel free to skip the question)

1. What is your favorite track on Ok Computer?

2. What is your favorite Radiohead album?

Hey I just noticed that one of the guys in Twenty One Pilots is wearing a Cleveland Indians tshirt! How cool and unintentional! As the title of this post suggests, I'm currently in Ohio, where my daughter was one of the flower girls in a wedding. She did fantastically well.

There's a bunch of new stuff at various points in this show, so I think you'll enjoy it. If you do, definitely leave me a comment saying so. You can comment if you don't enjoy it, too, but let's just say I'm not looking forward to reading it. :)

***Featuring***
Beastie Boys
Capital Cities
Fall Out Boy
Imagine Dragons
The Lumineers
Muse
The Neighbourhood
New Politics
Of Monsters and Men
Thirty Seconds to Mars
Twenty One Pilots
Posted by James! at 10:00 AM No comments: