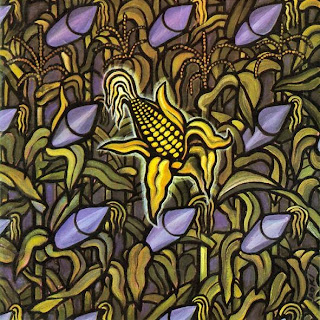 Bad Religion Against the Grain, 1990

This is an album of pretty unfiltered punk rock. Yeah, there's a shade of poppiness to the proceedings, but the messages and anger and loudness are there. Occasionally, even the speed is right.

Bad Religion is a band known for having "SAT words" in their songs and this album is chock full of them. I will be providing definitions for some of the ones contained in the songs below.

I picked this album because it is the most solid from start to finish. There are songs on other albums that I like far more, but this is one that I can put on and not hit the skip button once.

I couldn't find any good videos for songs from this album, so I'm just going to give you 4 songs.

Immolation (from "Turn On the Light") - To kill (oneself) by fire.
Rectilinear (from "Get Off") - moving in or forming a straight line
Endogenous (from "Positive Aspects of Negative Thinking") - produced or synthesized within the organism or system
Boltzmann (from "Entropy") - an Austrian physicist and philosopher whose greatest achievement was in the development of statistical mechanics, which explains and predicts how the properties of atoms (such as mass, charge, and structure) determine the physical properties of matter (such as viscosity, thermal conductivity, and diffusion).

You can purchase Against the Grain at Amazon, Amazon MP3, iTunes or the band's webstore