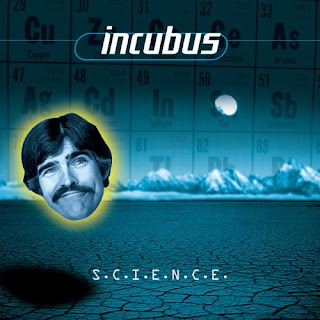 I know. I was surprised too. It really seems to me that Make Yourself or Morning View are the more likely candidates to make the Incubus spot on this list. They're certainly more mature efforts.

But then I re-listened to this album yesterday. And it is just FANTASTIC.

A lot of the things I've read about this album talk about the blending of rap and rock and I suppose that's true, but more than that, I'd point out just how FUNKY it is. The bass parts on this are so fun. Probably the most enjoyable that I can think of right now.

The music is dynamic and energetic and funny!

So basically, funny and funky. More the latter than the former.

I bought this album on my first day visiting family in Colorado during the summer of 2001, having heard it, I suppose, from some friend or another in my senior year. Maybe I borrowed it from my friend Amber? That seems entirely possible.

There were two singles from this album. Here's a live video from 1998 (Great quality on this) of one of them:

And as a bonus, just to prove that they could mellow out, here's the album's love song