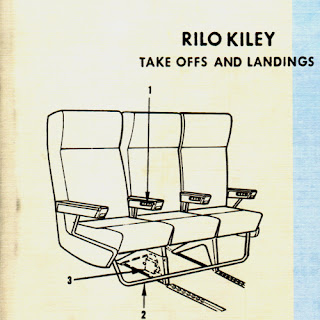 My acquisition of this album is the result of two different girls telling me, in their own ways, that I HAD to listen to a song.

My friend Katy (I call her KT) IM'ed me when I was in my second year of college and she was in her first to tell me that I needed to listen to "We'll Never Sleep (God Knows We'll Try)" by this band, Rilo Kiley.

If you've ever told me I need to listen to something, you'll know that I usually say, "Awesome, thanks!" and then don't listen to it for 6 months. And then when I finally do, you receive a breathless email about how awesome the song is, and how mad I am at myself for not listening to it eariler.

That's pretty much what happened with KT. The song came up on shuffle one night and I thought, "Man, this is GORGEOUS".

In the interim between KT sending me the song and my actually listening to it, my girlfriend/ex-girlfriend at the time (it was complicated) made me a mix CD that had "Bulletproof" on it. Once again, it was this gorgeous song that I LOVED.

So, somehow I finally bought the album and realized that these are only two of the very lovely tracks on a very lovely album, but that the rest of the album rocked a little harder.

To this day, I put this one on when I need to be gently reassured and occasionally slapped in the face by the sweet voice of Jenny Lewis (who some people will know as being "the girl" from The Wizard).

It's a solid album that has aged VERY well.

And here is what I consider the other centerpiece and the two songs I mentioned above. A veritable smorgasbord of Rilo Kiley goodness.

OH! This week is "Omaha Week" because both Rilo Kiley and the band that will be featured on Friday were, at some point in their careers, on Saddle Creek Records, based out of Omaha, Nebraska, near Bellevue, Nebraska where I spent several formative elementary school years!

You can purchase Take Offs and Landings at Amazon, Amazon MP3, and iTunes.
Posted by James! at 12:00 PM