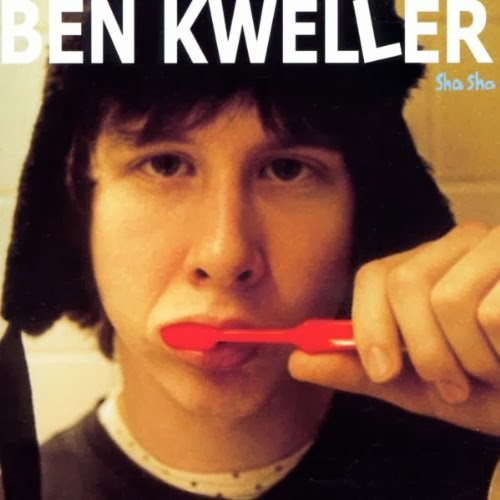 I've always half-remembered seeing this album cover long before I ever heard the first single "Wasted and Ready" but that can't be true. I don't know what I'm remembering but it can't be this.

The first time I heard "Wasted and Ready",  I was in the car with my mom, who didn't much care for the "She is a slut" part of the song, but I was intrigued.

For whatever reason, I ended up buying the album. I think it must have been that fall (this would have been, of course, SYoC) and I never stopped being intrigued.

It's such an interesting album that all of the follow-ups I've heard from him have been faint echoes. It rocks hard, but it also has a soothing, sensitive side. And of course "Make It Up" has both sides all rolled up into one.

"Walk On Me" was an early front-runner for me and remains the high point of an album FULL of high points. Kweller is a fantastic songwriter. I find myself identifying with songs even if I don't really know what they mean, just based on his delivery.

If you aren't familiar with this album, you should change that. It feels like an album that a very talented friend put out, logging his progress from the early piano noodlings of "How It Should Be (Sha Sha)" to the polished soundtrack ready pop of "Falling" (I know it was at LEAST used in the trailers for the Adam Sandler Mr. Deeds remake, but I have to imagine it was all over the place at the time.) But this is just an illusion. Every song is as razor sharp as the next.