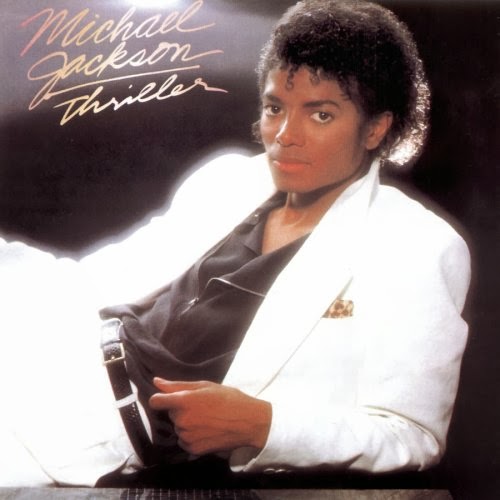 So. Here we are. I'm ready to write something interesting and exciting about this amazing album. It's pretty hard. I think probably every combination of words possible to use about this album has been used, but I'll give it a shot.

I think the thing that always knocks me about about Thriller is that it starts off strong with three decent early-80's Michael Jackson songs. You may not care for the Paul McCartney collab "The Girl is Mine", but I find it charming and fun. So ok. We're trucking merrily along on this solid B of an album.

Then "Thriller" happens. And it feels like you're waking from a dream. We've got this huge, epic song with...is that....VINCENT PRICE doing creepy Vincent Price-esque guest vocals?? And then the coffin door closes. What could possibly follow that amazing trip of a song?

Just about the best side of a record I can think of: The one-two punch of "Beat It" and "Billie Jean". Then you have the sexy, smooth "Human Nature:, into "P.Y.T." which, as usual, sets the room on fire. And then we catch our breath, slow dancing on the ashes to the dulcet tones of "The Lady in My Life" and the album's over.

It's devastating what a great album Thriller is. For MJ, this was literally the case. He obsessed over the follow-up for years before releasing Bad, which is about as good a follow-up as you're going to get if you're trying to compare to Thriller, for God's sake.

I had my choice of another of amazing music videos, but, really, what other music video am I going to feature? Honestly. Enjoy :)

You can buy Thriller at Amazon, Amazon MP3, and iTunes (although, seriously? you don't already own Thriller??) 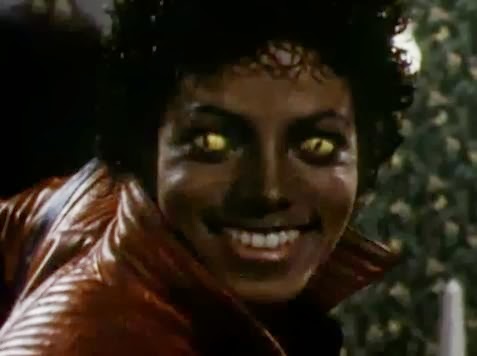