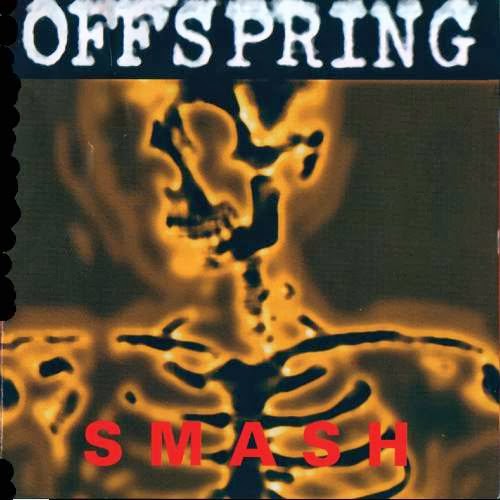 There are two albums from 1994 in the top half of this 100-album list. They are both breakthrough albums for bands that had good runs in the 90's, but have been reduced to parodies of their former selves in the decades since. One of them is Smash and I bet you have a pretty good idea of what the other one is (It's not Dookie).

I got WAY into the album that came after this, Ixnay on the Hombre, and then I heard this and thought it was fine. But as the years have passed, I've come to realize that this is the band at their peak. Yes, I like Dexter and Noodles with short, spiky hair as opposed to the dreadlocks that they had on this one, but the sarcastic, intelligent, restless sound that I love them for was in full force on Smash.

There are the two HUGE singles smack dab in the middle of the album, "Come Out and Play" and "Self-Esteem". There's "Bad Habit" which is incredibly fun to hear when you're still in a kind of "watch your language, young man" household. And there's also all of those fast songs like "So Alone", "Killboy Powerhead", "Nitro (Youth Energy)" and "It'll Be a Long Time" that prove that the band can hang with the punks, too.

Whenever I'm feeling sad that The Offspring have fallen off the sarcastic, ironic fence into the novelty, pop-punk playground, I put this album on and dream of a day when Dexter grows his hair back out and they return to the days when you listened to the band to think and occasionally to laugh, instead of vice-versa.

You can buy Smash at Amazon, Amazon MP3, and iTunes
Posted by James! at 12:00 PM