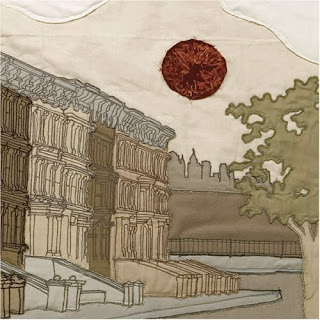 I was introduced to Bright Eyes by the girl that appears in a lot of these posts. She was very influential on my music education because she was not shy about telling me what was great and what sucked. And her taste was pretty fantastic. I can't even count all the times when she would tell me about a band that would be HUGE 6 months later. It was very impressive.

The album she played me was Lifted, or The Story's in the Soil, Keep Your Ear to the Ground (which is just the kind of title that ropes me in. It's actually astounding that I'm not a bigger Fiona Apple fan) and specifically the song "Waste of Paint" which I still love and which my friend Andy, who was my roommate at the time time, almost certainly still hates (we played it a lot).

That girl graduated college and I started dating the girl that would become my wife and then Bright Eyes released their/his follow-up album. Actually, they/he released TWO follow-up albums. One, Digital Ash in a Digital Urn, had some interesting stuff on it, some really good songs, and one FANTASTIC song ("Arc of Time (Time Code)").

And then there was the other album. It was called I'm Wide Awake, It's Morning and it was eye-opening. This was Conor Oberst showing that everything you thought he'd mastered about making music, was only the beginning. He went for more of an alt-country sound (which he would continue to develop on subsequent albums) and it was amazing. It seemed almost..happy?

Of course there was still a lot of sad, and a lot of angry there, but it was filtered through a really beautiful screen and all the emotions were strengthened by it.

On the one end of the album's spectrum, you have the song I featured for the video. On the other end, you have the song I posted as a sample track from the album. And in between you have songs with and without Emmylou Harris. It all adds up to 10 tracks of a glorious rebirth for Bright Eyes. This album never fails to put a smile on my face.

You can buy I'm Wide Awake, It's Morning at Saddle Creek Records, Amazon, Amazon MP3, and iTunes
Posted by James! at 12:00 PM