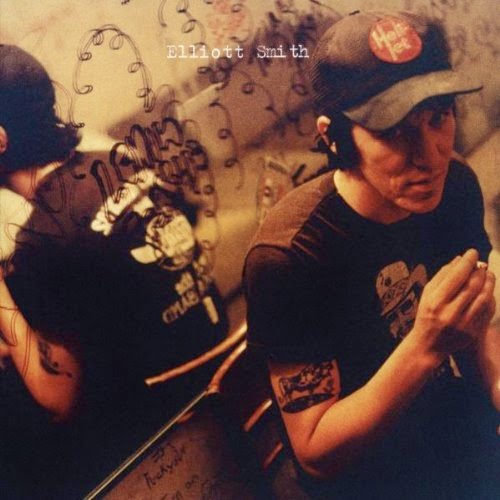 One night, I was listening to my friend Andrew Bain's radio show. He played a song that really caught my ear. It was so quiet and, for some reason, that drew me even further into its siren song. When the song was over, Andrew's cohost gave him grief about playing a song with a number of curse words in it (I found out recently that after a certain hour, FCC rules about profanity stop applying, but none of us knew that then), but I wasn't listening very hard any more. I was too busy thinking about how great the song "Say Yes" was and how I would get my hands on the album.

This was Freshman year of college. I can't remember if it was Fall or Spring semester. I think it might have been Spring Semester because I was single when I came home for Spring Break. The reason that's important is that I bought Either/Or (because an album with 11 tracks of silence plus "Say Yes" would be worth it) and the book Replay, went home, and read the book cover to cover while the album played on repeat. When I was finished with the book, I started it over, reading and listening deep into the night. It's an experience that made both the album and the book more special to me, and also inextricably linked them in my mind. So, one of the things that you have to do to see Either/Or from my perspective is read that book a couple of times. It's a great book, even if it's not a Great Book, you know?

The other memory I have of the album, which makes me think that maybe that experience happened on Fall or Winter break (I was single off and on all year), is the memory of being really sad (which generally means exhausted, but they feel the same in the moment) and of going out VERY late at night with my Discman with this album loaded into it and my journal (which means I could look up what date that was and align the dates for certain...if I was writing this at my house) and just sort of meditating on life and love and all sorts of Freshman year of college stuff.

Those two memories make this album feel like it was made specifically for me and so it's always a source of great joy and a feeling of community when I talk about this album and other people like it, too.

You can definitely hear him cribbing some stuff from The Beatles, once you know that he was a huge Beatles fan. It's the stuff from the minor key songs like "And I Love Her" that I hear most. It's fun to make that connection. Sort of like listening to The Ramones, knowing their love of the Bay City Rollers.

I think that Elliott Smith made a great contribution to music with this album for sure, but also all of his other albums. His death hasn't been mourned as much as other, bigger names, but I think the fact is that we haven't felt the full vacuum of his absence yet. As the years go on, I think the Elliott-shaped hole will begin to resolve in our cultural vision. Hopefully there's a kid out there with a poetic mind and an acoustic guitar unknowingly  walking a path to fill it as best as anyone but Elliott Smith himself could.

You can buy Either/Or at Amazon, Amazon MP3, and iTunes
Posted by James! at 12:00 PM