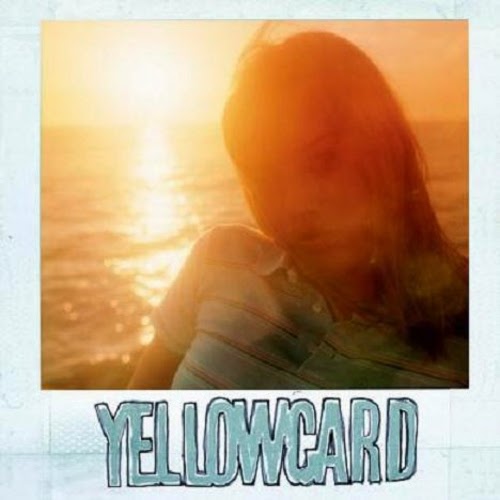 A pop-punk band with a fiddler. Who does backflips off speaker stacks. Yellowcard must seem like such a novelty act and I'm sure everyone is as surprised and pleased as I was when I first saw them on the 2003 Warped Tour.

It was my first full summer after my family had moved to Virginia Beach and so this was pretty much the perfect album to commemorate that atmosphere at that time of my life (just after Sophomore Year (of College) (SYoC, for people who have been reading these posts from the beginning). I didn't really know a lot of people in the area, but the weather sure was...well, hot. But sometimes that's ok. The weather was hot and I did a lot of driving. And I was missing a girl in Northern Virginia.

All of that meant that this album really connected with me. There's something about the driving pace of the pop-punk with the smooth lilt of the fiddle. It's the vulnerability of the singer's voice, the heartfelt lyrics, the regret and heartbreak and hope and pride and love. This is a very important record to me.

In honor of the 10th anniversary, they released an all acoustic version of the album, but I don't believe I will be picking it up. I need the loud to make the quiet mean more. A fiddle in an acoustic song doesn't seem so out of place. In a song where it's drifting over the electric guitars, it entrances you like a siren song.

This video is for the song that starts the album. You could say it starts with a bang.

You can buy Ocean Avenue at Amazon, Amazon MP3, and iTunes
Posted by James! at 12:00 PM