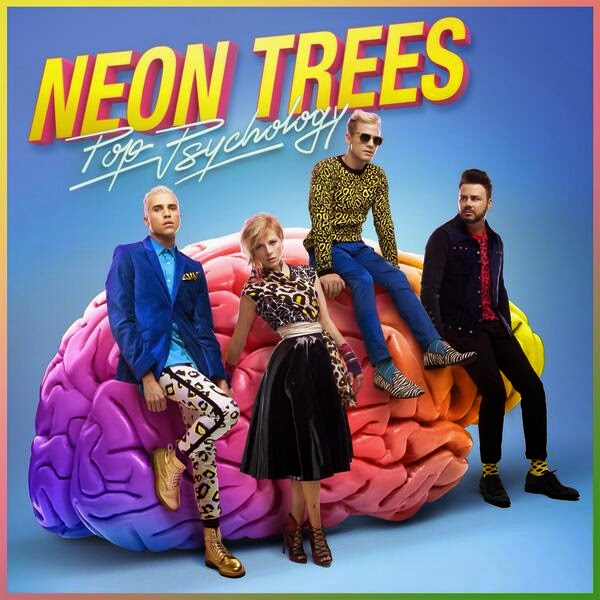 I don't think Pop Psychology, the new Neon Trees album being released on Tuesday (4/22) is going to end up on many 2014 Year-End lists.

It's weird to start a review of an album that I really enjoyed like that, but it's the truth. Neon Trees remain one of those bands that are on a lot of people's radars but people don't tend to check them out. I felt like I was completely alone in my love of the Neon Trees' debut Habits, but then fell into the trap myself when I didn't buy the follow-up, Picture Show (the name of which I had to look up just now), even though I really enjoyed the big single from it, "Everybody Talks".

Pop Psychology sounds like an album that you might have found in your older brother's room after he left for college in 1987. And I mean that in a very good way. It has all of the pop conventions of that era, but contextualized in the middle of the modern world. Songs like "Love in the 21st Century" and "Text Me in the Morning" make this juxtaposition clear. And it's that very same juxtaposition that I loved on Habits.

I really hope that I'm proven wrong about the Year-End lists, though. It would be a shame for people to miss out on this fantastic synth-pop time machine. But I feel like people still haven't woken up to how talented this band is. If you really want a great example of this, perhaps something to play for your friends, check out that last track, "First Things First" (great closing track title) for a heartfelt song punctuated by one of the greatest musical creations of all time, the Bitchin' Guitar solo. It's a rare beast to find in pop music these days, but when it appears as majestically as it does on this song, you count yourself truly lucky to have witnessed it.

So pick this album up, go home to your bedroom, throw on some neon-frame sunglasses and dance til you drop. Then get up and do it again. See if you don't wake up in the morning with a new favorite album. (I realize that buying an album outside of your home is rare. If you're planning on a download from your bedroom, then at least leave the room and come back, to simulate the experience. It'll feel SO 80's!)

Here's the video for the first single from the album: