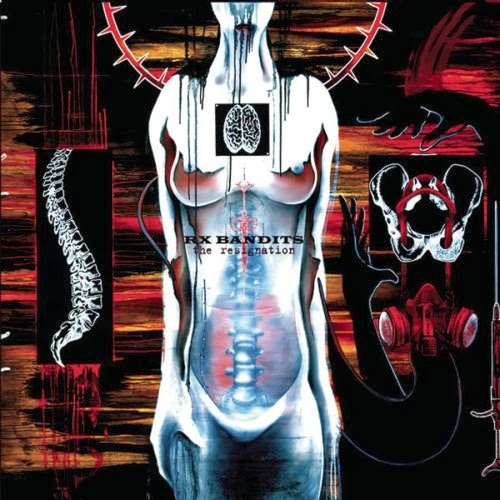 This is another album that took me a while to get into. "Sell You Beautiful" had me from the start, but the rest of the album took some growing. I was expecting the same kind of ska/reggae/rock blend that had made their previous album Progress so amazing. And this album was so weird! It felt like Matt Embree wasn't singing into the microphone all the time and the time signatures of the songs were odd and disjointed. It certainly didn't grab me right away.

But I gave it some time. I let it play over and over and over and now I can see that this album leaves Progress in the dust. It's a complex album with lots of intricacies. It's the kind of album that, were it just a single track, I would enjoy just as much.

It's an album that gives you a sense of being in the room as these songs come together. The band is able to create the illusion that they just started jamming and these amazing songs were what came out of it. The laughing and yelling off mic are what do it for me in this respect. When she was talking about what initially drew her to Doomtree, Dessa said that she liked that you could picture them recording. You could hear the rustle of the pages of their notebooks. Rx Bandits bring that same sort of thing to this album. It reminds the listener that they are real people playing amazing music and not a jigsaw puzzle assembled of the best takes for each musician.

You can buy The Resignation on Amazon MP3 and iTunes (I could not find a physical copy for less than $40)
Posted by James! at 12:00 PM