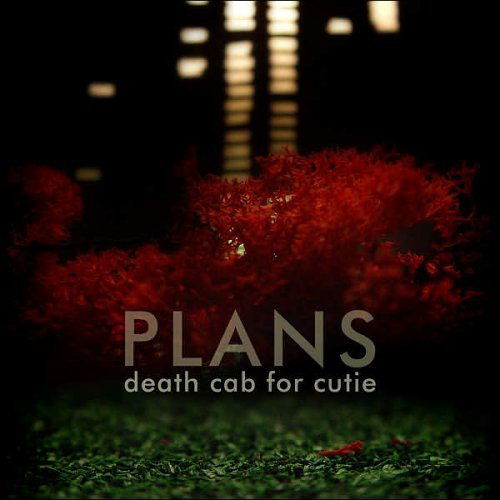 
Plans is the most beautiful, uplifting album about death that I've ever heard.

No, not all the songs are directly about death, but I think they all are at least glancing at it out of the corner of their eye.

Take "Summer Skin" for example. It's not about death. BUT it's about the end of summer and the approach of winter and the acceptance that this is the cycle that everyone goes through. So, it actually kind of IS about death. But in a non-depressing way! Which is quite lovely.

A lot of people are going to point to this album as the completion of the band selling out or changing their sound to appease a growing fanbase or whatever. They'll point to earlier albums as "way better" and maybe they're right, but this album is the album I keep coming back to. It makes me a little bit calmer about this runaway train we're on. You know. The one hurtling towards oblivion? This album reassures me that, as long as I cherish my time with the ones I love, and make sure they know who they are, I'll never be alone.

This is an album that I would never want to talk about with Ben or the band, because I have such a delicate interpretation of it built up in my head, that I couldn't stand it if they were to shatter it.

You can buy Plans at Amazon, Amazon MP3, and iTunes
Posted by James! at 12:00 PM