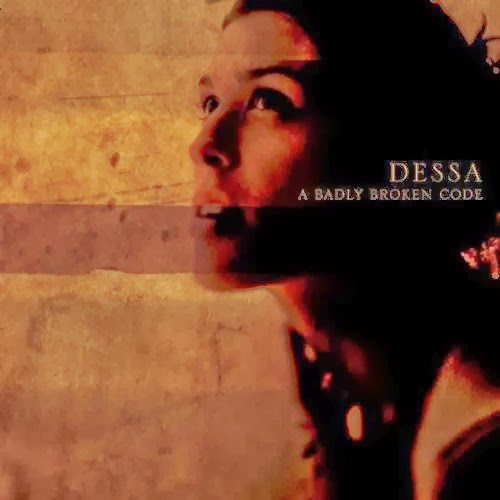 This is a weird feeling. Usually, I am excited to talk about an album, but I haven't thought very in depth about it, usually because it's an album I've known since high school or college. But this album is different. I have only known about Dessa for about 4 years, but readers of this blog will know that she is one of my all-time favorite artists. Actually, she's one of my all-time favorite PEOPLE. And so I have lots and lots of thoughts about this album.

First, why did it not even break the top 30 of this countdown if I love her so much? Well, the main reason is that my way of ranking albums was, as I've said from the beginning, flawed. But there are a number of things that keep it from being much higher. I hate to say it, but the male vocals in this album's version of "The Chaconne" are a big reason. It takes me out of the feeling of the album. And that's not even an issue anymore. If she was recording this song today, I'm sure she would have collaborated with Aby Wolf on some killer harmonies. I guess that MAIN reason it's so low is that it's still a relatively new album and it hasn't quite attained "classic" status in my mind yet. But it's getting there.

After such a huge paragraph about why it isn't as high as it could be, it's time to tell you about why I love this album. Those reasons are a little harder to nail down. It has something to do with her confidence, I think. There's also something about the particular genre that she falls into. She has a way with words that makes her an amazing rapper, but she also has a fantastic voice, which, it would stand to reason, makes her an amazing singer. The album is an exploration of most of the possibilities available to her. There are delicate story-songs ("The Chaconne"), crew anthems ("Crew"), a little trip-hop ("Seamstress") and two songs consisting almost entirely of just her voice ("Poor Atlas" and "Into the Spin") (I say "almost entirely" because "Into the Spin" has at least a....cello? I think it's a cello.)

I decided on this list before her sophomore album "Parts of Speech" came out, but I think that I would still have picked this one over the follow-up. It's not that PoS isn't amazing. It is. You should get both. But this decision falls into the category of the rawer material winning out.

If this blog has a theme, "Get everything Dessa releases", is certainly in contention.

If you're still on the fence, watch the video below. It's a great display of both her rap skills and singing chops. Plus, she's gorgeous which certainly doesn't hurt.

You can buyA Badly Broken Code on Amazon, Amazon MP3, iTunes, the Doomtree store, and the Doomtree Bandcamp page
Posted by James! at 12:00 PM