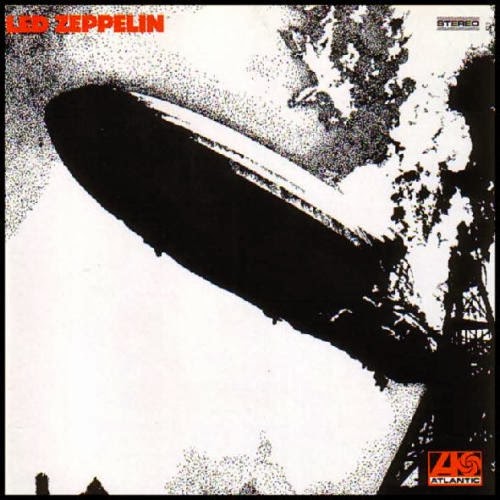 I checked the first 4 Led Zeppelin albums out of the library at some point in early High School. I wanted to get into hard rock and I had heard that they were the best avenue in. So naturally I started with the first album and felt....odd. It wasn't Slayer or Pantera or Megadeth or whatever I was expecting. It was different. Softer and harder at the same time. "Good Times, Bad Times" always reminds me of that thrilling confusion.

During one of my first times through this first album (it was the one I became VERY familiar with. I dubbed them all to cassette tape, but really only listened to this. I would get into the others much later (IV, II, then III)), my mom walked by. "Mom, this is Led Zeppelin," I said with pride.

"Yeah I know. I saw them in concert when I was a teenager."

And thus the mystery of my mom's rocker past began.

I know now that the first two Led Zep albums were largely based on their interpretation of blues standards, which is why they didn't sound like the hard rock/heavy metal I was expecting. But I defy you to point out a moment on any heavy metal album that matches the exhilaration of the seconds before the guitar solo on "Communication Breakdown"

So, in keeping with the Carole King album, here's a whole Led Zeppelin concert from around the time their first album came out

You can buy Led Zeppelin on Amazon, Amazon MP3, and iTunes

Oh hey! It looks like it was released exactly 42 years before my daughter was born! Cool!
Posted by James! at 12:00 PM