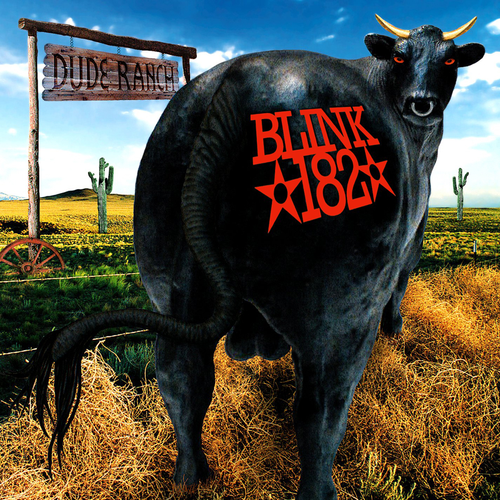 I think I'm going to have to do a supplemental group of posts at the end of all of this for albums that didn't make the cut, but should have and albums that I simply forgot about. This album beat out the album that followed it by a narrow margin. Enema of the State was Travis Barker's first album with the band and his skill is one of the most noticeable differences between this album and that album.

But despite the narrow margin, it was always going to be this album for me. It has the raw, "we're just some guys that decided to start a SoCal punk band" vibe that was on their debut, Cheshire Cat, but you're also seeing more of the amazingly catchy songwriting that would be at its peak on Enema and Take Off Your Pants and Jacket. Plus it has my all-time favorite Blink song on it ("Apple Shampoo")

I got into this album in high school, which is the perfect time to get into an album like this, which mixes immature dick jokes and Star Wars references with increasingly sophisticated observations about love and growing up.

The songs are diverse and surprising and even the silly interludes become endearing.

This is an album that I don't often come back to these days, but when I do, I always enjoy it. That COULD be because I have the context of listening to it with my friend Orlando in my car. Nostalgia is certainly involved, but I think it's also a great album to listen to because you're seeing a band with tremendous amounts of potential and virtually no pressure to make a fantastic album (their breakthrough hit, "Dammit", is on this album), make a fantastic album.

If you're curious to know what an album with Travis playing these songs would have sounded like, check out the live album, The Mark, Tom, and Travis Show (iTunes) (apparently it's not available on Amazon!), where they play a number of songs from this. Pay particular attention to "Untitled"!


Plus the video has Alyssa Milano. Try to notice her when Tom's mega-bleached hair isn't blinding you!

You can buy Dude Ranch at Amazon, Amazon MP3, and iTunes
Posted by James! at 12:00 PM