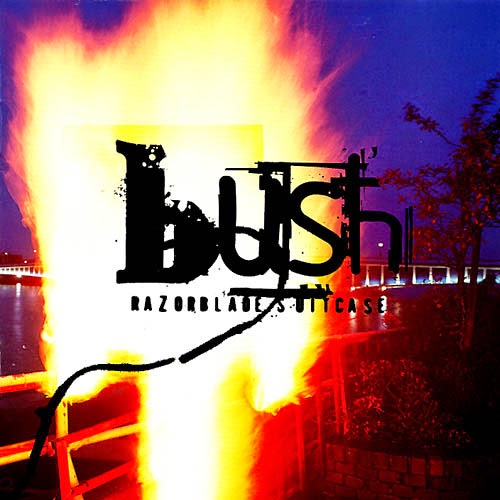 I always forget what a great album this is and the video for "Greedy Fly" is so good. It was one of the first videos I'd seen with an overarching concept that just happened to also have a song in it. There was no question that this was the video I'd feature from this album, but it must be said that "Swallowed" is my favorite Bush song of all time.

3. Soundtrack - The Preacher's Wife
2. Celine Dion - Falling Into You
1. No Doubt - Tragic Kingdom

FOUR soundtracks on this week's Top Ten. That seems like something near the record. I have asked people at Billboard what the record is. Hopefully, I'll know soon! Here are songs from the Romeo + Juliet soundtrack and the Space Jam soundtrack. Two songs I love.

The Everclear song comes from a channel on YouTube called Woodstock Poland that has individual songs as well as whole sets from Woodstock 99. It's pretty exciting to see that that exists for me to comb over.

Re: Razorblade Suitcase. THANK YOU! Very underrated album, especially by myself until I give it a listen. Remember DECONSTRUCTED..? An album of Bush REMIXES! Seems laughable now, but, you know, it was the 90's. You got it, we'll remix it. BUT! I did buy it for this one song (remember buying an album for just one song?)... The Stingray Remix of "Mouth" from An American Werewolf In Paris, yes, the 90's sequel to An American Werewolf In London... Believe it or not, my friend... ALL THESE THINGS HAPPENED... https://www.youtube.com/watch?v=hfq6Mq4q0qw