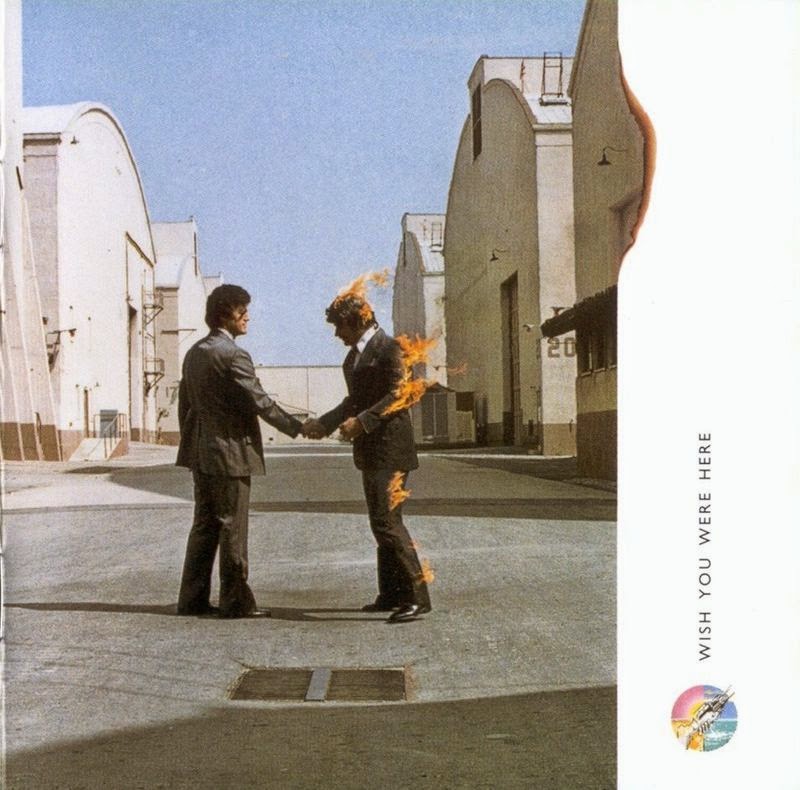 Well, Pink Floyd was another tough band to pick just one album from. It seemed like Dark Side of the Moon would be the obvious choice because I love the story of finding my mom's cassette tape recording with the typed out labels and it was the first album by PF that I immersed myself in.

But I also really really loved The Wall, with it's totally messed up story and how it rocked and creeped me out in equal measure. It's an epic concept album and, if you know me, you know that this is right up my alley.

But then there's Wish You Were Here. What a beautiful album. I don't remember how I came to own it. It seems like it was a purchase during a time when I was buying as much Pink Floyd as I could and just blissing out as I drove around in my car. However I came to own it, it feels like it's somehow always been a part of my life. I remember a road trip where my mom and stepdad were upset about some aspect of the trip and were jabbing back and forth. I put this album in and cranked it.

I don't know the history of the album. I saw something about either Gilmour or Waters telling either Waters or Gilmour that they wouldn't be putting a couple of their songs on the album (the first two songs played in the FULL CONCERT below are those songs, I believe) or something. This album feels like the opposite of an album like Rumours or Blood on the Tracks or even The Wall. It's an album out of time for me.


Pink Floyd - Welcome to the Machine

You can buy Wish You Were Here at Amazon, Amazon MP3, and iTunes
Posted by James! at 12:00 PM

My favorite Floyd. DS was all about Syd Barrett's spiral downward into schizophrenia, which was touched on a bit in Dark Side. Shine On You Crazy Diamond...the best. Remember when you were young? You shone like the sun.Shine on you crazy diamond.

Errr...I mean WYWH was about Syd. Lol. I typed that much too quickly! (In my excitement to see this post.)