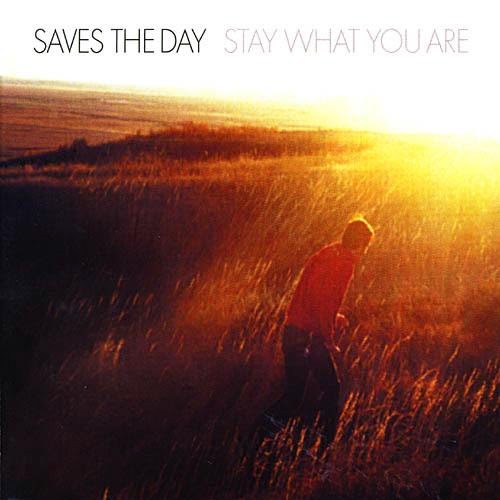 It kind of feels like this album has always been in my life, even though it actually made its way to my ear during my Freshman year of college. I believe I downloaded each song from LimeWire (which was the custom in that time and place). I actually had the track order wrong, swapping the positions of "Freakish" and "As Your Ghost Takes Flight" (or maybe "Freakish and "This is Not an Exit") which still bugs me to this day. I hate getting to know an album in the wrong order.

Saves the Day kind of remind me of what Alkaline Trio's California cousin would be like (even though StD is from New Jersey). They're bright and poppy, but the devastating and sometimes disturbing imagery is present in their songs as much as (if not more than) the darker, Chicago-based band.

If I could pinpoint my feelings after listening to this album, I would say they're somewhere in the range or "we're all messed up in various ways, but it's possible for all of us to make it through and come out the other side stronger and happier. or we won't make it through at all and they'll toss our rotting corpses on the garbage heap." So it's certainly an album of contradictions

You can buy Stay What You Are at Amazon, Amazon MP3, and iTunes
Posted by James! at 12:00 PM