Well here we are at the beginning of September. I lost track of time to post this at noon, which is my wont, but I *did* remember to keep track of all the things I like to keep track of, so let's count it a win. 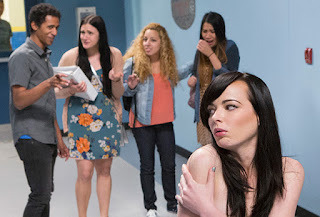 Last Thing I Watched: The first television show came back from summer hiatus last night. It was Awkward, which started its final season with the embarrassing Senior Streak Mishap pictured above.

I'm going to miss this show, but I feel like maybe it's good that it's ending, so that I can not feel so much like an old man watching a teen show. 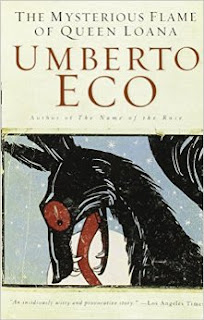 Last Thing I Read: Speaking of old men, I started reading a new book on Sunday night. It's called The Mysterious Flame of Queen Loana and, so far, it's about a man who has found that he has all the stored memory of literature and culture and motor functions and almost everything. Except he doesn't remember anything about himself or his family. It's VERY enjoyable so far! 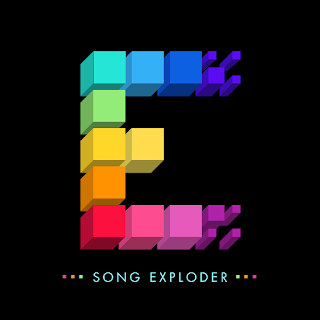 Last Thing I Listened To: I discovered a new podcast a couple of weeks ago! It's called Song Exploder. Basically every episode is about a different song and the artist talks about all of the different aspects of the song, from the drum part, to the bass part, to the weird piece of metal they used for that weird metallic sound in the background. Or whatever. So the last song I listened to was a song called "Ring My Bell" by a group/person who goes by the name White Hinterland. It's quite weird but very lovely. I'm going to link to just the song, but also to the episode if I can.

Ok here's the whole episode (it ends with the song in its entirety):


And here's the song if you just want to listen to it: 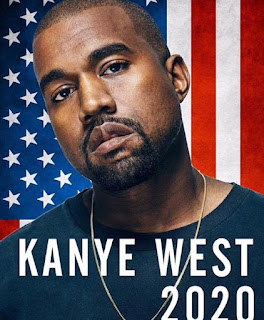 Things I'm Seeing on the Internet: In celebrity news, Kanye West said on Sunday night's VMA's that he was going to be running for President in 2020. A lot of people are reacting seriously or otherwise making a big deal about how their not taking him seriously is somehow a rebellion or outside of the box thinking. I don't think that that kind of thing should EVER be taken seriously. Especially when the guy has just finished saying that he got really high before the show.

In more innocent and adorable areas of the Internet, school started back up for a bunch of my friends' kids. My oldest still has one more year before she starts school, but I was getting really excited seeing all of these stoked little kids. I'm not going to post pictures of kids on here though because the Internet can be a shady place. And if I'm going to betray the trust of my friends and family, I want to do it in a much safer place. Know what I mean? ;-)

When I post again, my daughter will have started Pre-K. Crazy.