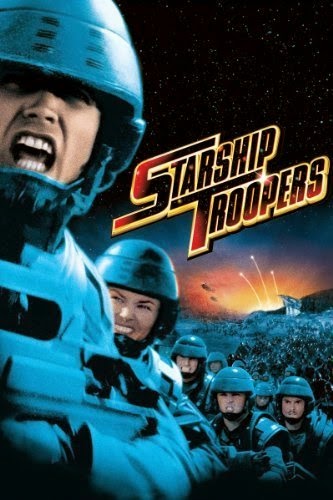 Last Thing I Watched: Last night, I decided that I wanted to watch a movie. I looked through the "Action & Adventure" section of Netflix and narrowed it down to four options: Total Recall, Olympus Has Fallen, The Italian Job, and Starship Troopers. I put up a status with those four and asked people what I should watch. After initially having a tie, Starship Troopers finally won. So I watched Starship Troopers. It was kind of a surreal movie to watch. More than half tongue-in-cheek. I think it MIGHT be an intentional satire of the military-industrial complex. And it might be like a satirical propaganda piece. It was definitely memorable. 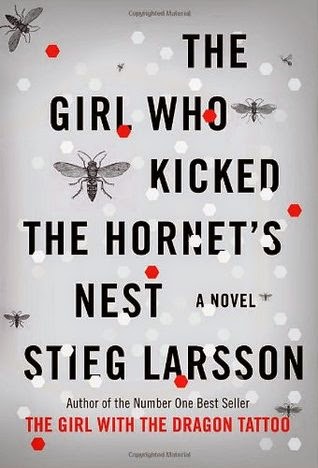 Last Thing I Read:  I am about 20% of the way through The Girl Who Kicked the Hornet's Nest and I'm really enjoying it. Although I will say that last week I BLASTED through The Girl Who Played With Fire and I don't think this is going to be able to compare, although it is quite enjoyable.

Last Thing I Listened To: So I remembered that today was the the 1st last night/this morning at about 2 AM. And by that point, I couldn't for the life of me remember what the last song I heard was. So I planned to just post the last song I heard when I drove back from dropping my daughter at preschool. But then I sort of maybe semi-remembered what it was that I listened to. So, here are three songs.

I was listening to the SiriusXM station 80's on 8 when I was driving home last night and I'm pretty sure THIS was what was playing as I pulled into the drive.


And then this morning, I was listening to 90's on 9. THIS song was the last song I heard in its entirety....


Things I'm Seeing On the Internet: The news for the past several days has been about the Freddie Gray-related protests/riots/lootings in Baltimore and that has definitely been reflected on the Internet. It's a big mess and I really hope it sorts itself out very soon.
Posted by James! at 12:00 PM